How Should Educators Teach Students to Question Authority?

I was used to being the smart kid. I'd never encountered a class where I wasn't one of the first to shoot my hand up whenever the teacher asked a question. The only subject I ever really had trouble in was math, and I hated that feeling. Sometimes it just didn't click. I'd done my very best to memorize all of my multiplication tables and every little math trick my dad could teach me, but I just wasn't doing very well in my classes. I was firmly on the passing side of the scale so most teachers didn't bother to spend much extra time going over anything extra with me -- I was doing good enough, after all. But... it wasn't like everything else. I didn't get it. And I hated it. Then one day it just sort of happened. It clicked. Over something pretty silly, I might add. The circumference of a circle is 2πr, right? One of our homework problems gave us the diameter of the circle and asked us to find the circumference. I dutifully divided the diameter in half, multiplied by two, and multiplied by π. BUT WAIT. Why divide it just to multiply it? Like I say, pretty silly. But little Linell had just realized that I didn't absolutely have to plug everything into the exact formula that they gave me. I'd been restricting myself to strictly the "how" of math, not the why. 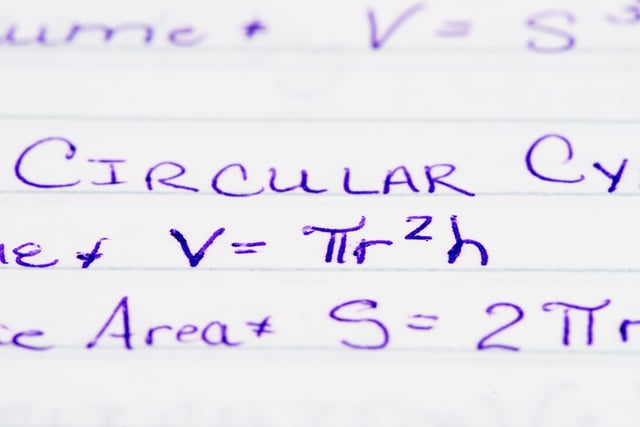 Now you're probably wondering what the heck that has to do with questioning authority. Well, to me, the authority was that formula. It was saying that 6x8=48, because it just is. It's easy for children, especially the good ones like me who enjoy following rules, to just fall into line and assume that everything that they're told is correct. As you've probably realized, that's far from the case. People in positions of authority say things that are objectively wrong every single day. Students need to understand that it's perfectly okay to think that something is wrong and to ask questions. While the formula for finding the circumference is never wrong, it's good for students to know that there are ways to think outside of the box and come to their own conclusions.

Throughout high school, I had several teachers who had a policy where if I could find any questions on their test that were unfair in one way or another, that question wouldn't count. That was great because it showed us students that our teachers, the people who decided whether or not we made it to the next grade and one step closer to graduation, weren't infallible and they knew that they weren't. If a multiple choice question had two answers that we thought were correct, we could speak up (after the test, in case we were just wrong) and say that we thought the teacher had messed up.

Probably more importantly, we were encouraged to help shape the direction of our school outside of the classroom. I served as a member of our school's student government, and I remember attending meetings about whether or not our school should adopt uniforms for students. I was scared to death to speak up because hey, everyone else here is like forty years old and knows what they're talking about. Luckily, they poked and prodded until I mustered up the courage to talk about questions and concerns from students... and they actually took them into consideration. They admitted freely and openly that it was okay to say, "No, we disagree with you." As a result of that meeting, the district ended up adopting uniforms, but not once did someone say something that made the students feel like our opinions weren't being respected. It was 100% okay for us to question their authority as long as we did it in a responsible way.

Obviously this applies throughout life. From watching the news and realizing that just about everyone has some sort of bias to hearing your boss give you an assignment that you know is impossible, it's always good to think critically about the things that you're being told. No source of information is infallible and everyone can be wrong. Teaching students anything else is doing them, and the world, a disservice. As an educator, make your goal vulnerability (to some degree), openness, and a willingness to listen. Show your students that authority (even yours) is not infallible. Not only will you be giving your students the room to find their voice, you'll be teaching them to speak passionately and respectfully- and the whole world can use more of that.

Linell Bonnette is an Associate Developer at SchoolStatus. His ability to question the status quo is part of what makes our software so groundbreaking. Check out some of his latest work HERE.