TJ and the Briefcase Intervention 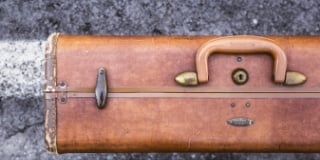 When I was a superintendent, sometimes, when I least expected it, I was reminded of students I had known throughout all the years I had been around the education system. Once I was reminded of one simply by walking by a student at a water fountain. A teacher, or teacher assistant (I’m not sure which), was scolding a student for getting two sips of water instead of one. While I realize we have to have rules, I marveled at the battles we choose to fight. Anyway, it reminded me of TJ and his successful, self-imposed intervention.

TJ was a very active second grader. He was a good student and made good grades. But, he did tend to run everywhere he went, and if there was mischief to get into, he seemed to find it. It really didn’t seem to be a problem though. After all, his teacher had dealt with overactive second graders before.

RELATED: Remember the One Room Schoolhouse?

The problems really began to manifest when TJ got to the third grade. He still got good grades, at first, but was very easily distracted. A car going past the window, a fly passing by, or basically anything not in harmony in his world would distract him and take him off task, possibly for an entire lesson. Needless to say, homework was a problem. So was practicing division problems. The problem was compounded by the third grade teacher who did not have nearly the patience that the second grade teacher did. Unfortunately (or fortunately depending on your philosophy), Ritalin and other such drugs were not widely used during this time, and TJ began to spend a great deal of his time on the ‘Green Couch’ outside the Principal’s Office (supposedly to finish his class or homework). This, of course, was a catastrophe since there were many more distractions in the hall than in the classroom. TJ spent so much time in the hall and on the ‘Green Couch’ he really began to hate school. His grades were awful. This future gifted student and college graduate was failing third grade with conviction. Fortunately, TJ’s Aunt Annie was about to unknowingly change his life forever.

Annie made a gift to TJ of a briefcase. She didn’t need it and really didn’t know what he would do with it. But, TJ thought it was cool. This was a time period prior to book bags, and students carried ‘book satchels’. TJ was determined to use his new briefcase instead. Once in class, he put his briefcase on his desk, arranged his books and notebook inside his case, situated all of his belongings just so, and began to work. His teacher didn’t seem to mind. After all, the troublesome student was quiet, working, and turning in work. AND, the work was correct. He did seem to be hiding behind the lid of the case, but the intervention (a word not used in education circles at that time) was working for everyone! Lo and behold, TJ was making A’s again.

No one calls me ‘TJ’ anymore. My mom calls me ‘Terry James’ from time to time, my sister when she’s mad at me, and my wife when she’s trying to be funny. But, when I think back on TJ, I feel so lucky that Ritalin and drugs like that weren’t widely used back then. I was lucky that special education wasn’t seen as a place for students who didn’t fit ‘the mold’. I was lucky to discover that my obsessive compulsive nature helped me find a safe place where I could learn and not be distracted. I was lucky that I found an intervention that worked for me. And, I was lucky that my Aunt Annie gave me a useless, brown brief case with gold latches when I was in third grade.

Find out about how SchoolStatus can assist your intervention specialists by letting you See the Whole Student™. Click the link below: 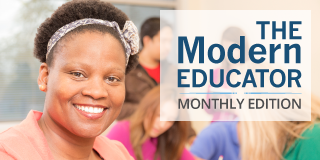 Data-driven. Passionate. Analytical. Innovative. That's you. That's the Modern Educator. You recognize that being an educator means using data and technology...

In late January at the Texas Association of School Administrators Conference, I had the opportunity to listen to our new Commissioner of Education, Mike... 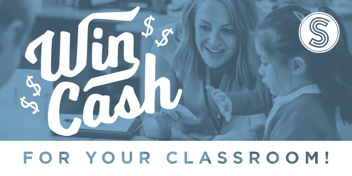 In the month of October, every outbound call, outbound 1:1 text message, or outbound 1:1 email made with SchoolStatus automatically enters you* to win CASH FOR...