Astronomer Glenn Schneider has been chasing total eclipses since he was 14 years old.  In all, he’s witnessed 33, an accomplishment that only two other people in history can put on their resume.

August 21, Schneider will be staked out in Madras, Oregon to watch a celestial phenomenon that has not been duplicated in the United States since 1918.  A total solar eclipse will pass over 14 states, first touching the United states on the Pacific coast of Oregon and slowly stretching to the Atlantic coast of South Carolina.

The path of totality will be approximately 60 miles wide and Schneider says those within driving distance to the path should not squander the opportunity to witness it with their own eyes.

“There is no photograph, no video, no digital capture of a total solar eclipse that is like seeing it imaged on your own retinas.” Schneider says.

Schneider says for some, a total eclipse is an individual spiritual event, and for others it’s a community event to be shared.

For most Americans, this will be their first opportunity to view a total solar eclipse. The last one to pass over the U.S. mainland was 1979. The 1979 eclipse was only visible in totality in the Pacific Northwest.

The August 21, 2017 eclipse is being dubbed by many as the “Great American Eclipse” because of its unique accessibility to a large population.  It’s estimated that 200 million people are within a days drive to the path of totality.

Schneider says hundreds of thousands of people may converge on some smaller towns and community planners are having to prep for the temporary increase in population.

There have been estimates of how many people may travel into the path of totality, who don’t actually live there.

“It’s been up around 10 million or so, depending upon who’s doing the estimation.” says Schneider.

“That can get concentrated into local pockets, where the weather is good or where people think the infrastructure might support it. I don’t think there’s going to be as much of problem in larger cities in the path of totality, but the smaller areas may experience real problems with gasoline shortages and road congestion and cell phone systems that just can’t handle those type of crowds.”

Schneider says the good news is that community planners and mangers have caught wind of this quite early on and a lot of that was helped by professional outreach through the American Astronomical Society and other groups informing local communities that, ‘Hey this is coming!’.

“Nobody is trying to be a doomsayer here, but the reality is you take a small town population of 6000 or so and you put a 100,000 people in it, it can stress the capability and infrastructure.”

Schneider has two key pieces of advice for those wanting to view the eclipse.

Schneider says that it’s real easy to pick up a cell phone and take a snapshot and that may be fine if you’ve got two minutes are so, depending on where you are.

eclipse.”  he says he made that mistake as a teen. “I prepared a bunch of cameras and such when I was 14 years old for this first eclipse. And when totality happened I was frozen like the proverbial deer in the headlights and lost months of practice of exactly what I was going to to do.”

“I think the minds eye is much more important to capture.”

If you are viewing the partial eclipse, outside the path of totality or the partial phases of the total eclipse before or after it becomes total you need to have appropriate and safe viewing eclipse glasses during the partial coverage. 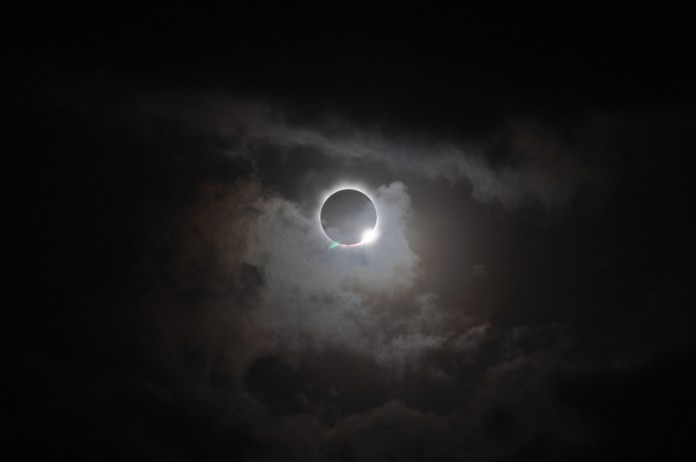 “They are available from a number of very reputable commercial services very inexpensively.” says Schneider. “There’s nothing special about looking at a partial eclipse that’s different from looking at the sun at any other time. You never really consider looking at the sun directly.”

Schneider says viewing the eclipse can trigger interest in science and technology amongst children and adults. Schneider says “If you’ve got a chance to see it. Don’t quibble go see it!”

Hear the full interview with Glenn Schneider on Ep. 06. Or listen on iTunes.

Dr.Schneider is an Astronomer at Steward Observatory, and the Project Instrument Scientist for HST’s Near Infra-red Camera and Multi-Object Spectrometer. His research interests are centered on the formation, evolution, and characterization of extrasolar planetary systems and have focused on the direct detection of sub-stellar and planetary mass companions to young and near-by stars and the circumstellar environments from which such systems arise and interact. 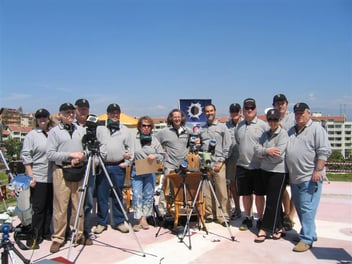 Astronomer: “There really is no such thing as an ‘almost’ eclipse” 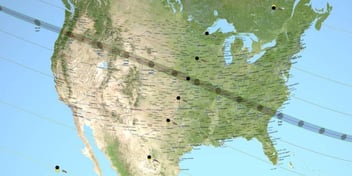 Episode 06- Total Eclipse of the Sun 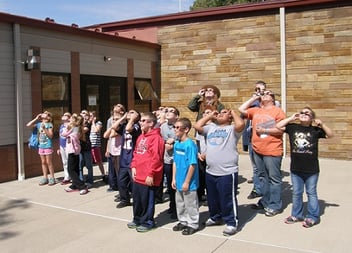 Some schools will close for August 21 Eclipse

Schools in the St. Louis area have announced that they will be closed Monday August 21, for the Total Solar Eclipse. (Yes East Coast, school will already be...