Parent engagement can make a major difference in a student’s educational journey.

Features of the Communication Platform

Whether it's inclement weather, a security threat, or a special announcement, Notify helps administrators get important messages out to all parents, as soon as possible.

Teachers can send texts directly to parents' phones. There are no required apps or portals for parents to download or manage. Direct messages are the best way to improve parent engagement.

Calls are recorded and transcribed, ideal for eliminating post-call miscommunication between teachers and parents. All outgoing and incoming parent communications are available from the student's digital record for future reference and compliance.

Teachers call and text from their computer or through the app on their phone. The number displayed is specific to the teacher but is not their personal phone number. This protects their privacy while providing parents with a direct line of communication.

All Communications on Record

All parent communication calls, texts and e-mails are attached to a student’s record and available for reference. Communication are easily accessed and eliminates the inefficiency of maintaining manual call logs.

E-mails and texts can be translated into 100+ languages to  reach parents despite any language barriers. Improve your parent engagement with all families in the district regardless of their native language. THE DATA IS THE DIFFERENCE 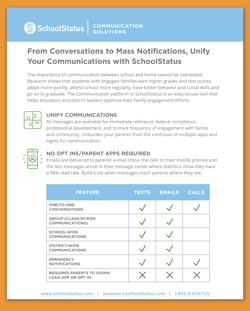 The importance of communication between school and home cannot be overstated. Research shows that students with engaged families earn higher grades and test scores, adapt more quickly, attend school more regularly, have better behavior and social skills and go on to graduate. The Communication platform in SchoolStatus is an easy-to-use tool that helps educators and district leaders optimize their family engagement efforts.

Learn How These School Districts Are Improving Parent Engagement 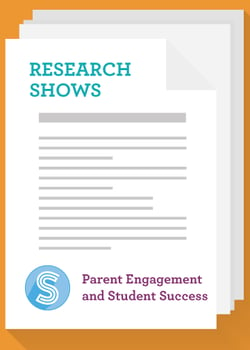 Review strategies on increasing parent engagement by challenging the traditional perspectives on parent involvement. Gain perspective on navigating the spheres of parents’ influence on students’ learning and discover ways to support the student-teacher relationship to achieve your desired outcomes.

Collaboration is key. Although you have goals for your district, school, and classroom, work with parents to identify and establish goals that you’ll mutually work on with their child. An underlying theory of successful school-community partnerships is that schools should not operate separately from families and communities but instead they should function as collaborative partnerships.
READ THE STUDY

Guide: How to Engage with Parents

While the relationship between school and home may seem to hinge on big visible events like successful football games and new buildings, the reality is that healthy relationships are forged from one-on-one interactions and consistent mutual respect. 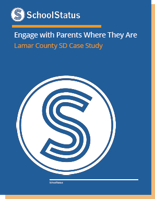 When teachers have access to real-time student data, they are empowered to communicate with parents on a deeper level, one that builds a relationship that will help parents better support their children academically.

Meaningful communication is more than an announcement or reminder. It should: 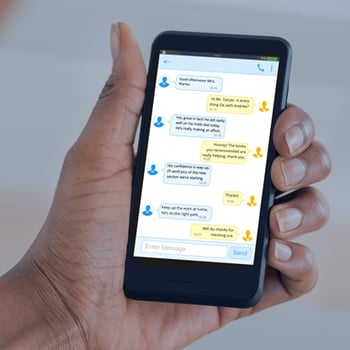 When it comes to a student’s educational journey, complete with all its struggles and successes, it’s abundantly clear that no single person is wholly responsible.

Teams of teachers, administrators, interventionists, and to no lesser degree, families, play a role in supporting and leading each student. However, the intentional inclusion of robust parent engagement has not always been the case.

In the last two centuries, compulsory education has gradually led to a separation in communication between school and home. As the developed world incorporated education as a state-sponsored right, families fell into the role of fund raisers for extra needs. It’s only been in the last few decades that the role of parents in a student’s education has become a focus, and with good reason.


That is why “parent engagement” has become a popular buzzword in education. However, real engagement, or the personal act of supporting and participating in a student’s educational journey, is a fairly tricky task for schools to encourage or measure.

Because approximately 75-85% of a student’s waking hours are spent outside the classroom, communication between home and school is incredibly important. In addition, existing parent engagement may be obscured by busy schedules, cultural and language barriers, as well as socio-economic status or unwelcoming environments. What may look to be a lack of engagement, is actually a lack of visibility for the team inside the school.

Zarate’s research on Latino parent engagement found, for example, that traditional forms of parent involvement like back-to-school nights or open houses lacked appeal and importance. While Latino parents may seem uninterested in those particular activities, Zarate’s findings lined up with research that found in some Hispanic cultures, teachers are viewed as experts. It may be that Latino parents defer decision making to teachers. What had been interpreted as lack of engagement is in fact a cultural difference and a lack of measurability.

Our understanding of these complexities, and above all, our openness to difference is the biggest hurdle in creating a cohesive team of engaged parents and informed educators. Not only must existing engagement be acknowledged and encouraged, but further participation and support must be fostered. As we think about strengthening communication from school to home and vice versa, we must ask ourselves whether or not we are open to the variances in types of engagement from our communities.

The K-12 communication solution built on a student data foundation to promote authentic engagement between school and home. The platform aggregates all district data and presents it in an easy-to-access format for educators.
Copyright © 2021 SchoolStatus, LLC.